July, 2008 — My mom has been interested in genealogical research as long as I can remember. She has huge stacks of scrapbooks and papers covering just about every ancestor of ours through the 1800s, and dipping into the 1700s. These papers include photographs of relatives, in-depth records of everything they did, grave marker rubbings, the whole works. She’s a true historian, capturing their lives in as much detail as possible.

I think that’s very cool and I’m glad she’s doing it. It’s fun to look at the genetic flowchart and put my own narrative in the context of a greater story dating back to…

Well, I wanted to know how far back we go.

Searching for lines in history

I spent some time today (7/17/08) poking around the website Family Search, a genealogical search engine created by The Church of Jesus Christ of Latter-day Saints. They have been gathering and preserving genealogical records worldwide for over 100 years. I was hoping to find a long line that a historian had documented, and connect it to the line my mom had worked on. I asked her for a really old relative she had traced back, and she gave me the name Rebecca Sarah Bell (b. 1766) from her side of the family.

I was in luck. Through Rebecca Sarah Bell, and her mother Sarah Wingate (b. 1736), I found the Blount line in my ancestry (Sarah Wingate’s mother was a Anne Blount). This line goes way back, I learned, in a clear series of named ancestors, all the way to a Robert “The Admiral” Le Blount, thirteen generations earlier. Le Blount was born in 1029 in Guisnes, Picardy, France.

What else could I find?

Here the LDS records end, so I had to turn to Google. Gottfried, Prince of Denmark, was married to Princess Gisela de Lorraine, my great, great, great, great (I don’t know how many greats) grandmother. Her family, being royalty and all, also has an ancestry well-documented. She’s fourth-generation descended from Emperor Charles Charlemagne (747 - 814).

Charlemagne has been called the “Father of Europe”.

But wait, it goes back even further. Through Princess Gisela de Lorraine, I am able to trace my genetic line all the way through several kings of France, and several kings of the Franks (West Germanic tribes), to King Clodius II of the West Franks.

King Clodius II was born before 6 AD. His father was born in 57 BC, and while it’s unclear to me where the line goes from there, that’s ancient times! 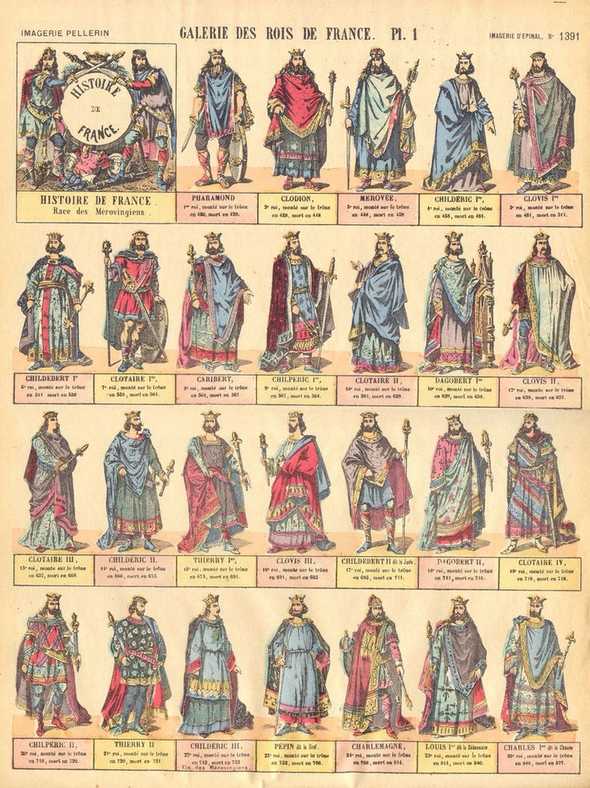 There are some other interesting things to note, mostly because I’m interested in the Merovingians.

Charlemagne was part of the Carolingian dynasty that followed the Merovingians.

Charlemagne’s father was King Pepin “The Short” of France (b. 714). Pepin The Short apparently displaced the last Merovingian (Childeric III) and, with the support of the nobility and the blessing of the Pope, assumed the title of a King of the Franks for himself.

Amazing find! My geneaology flows deep through European history, princes, kings, and emperors, the Merovingians and (as far as I have traced today) clear to 57 BC.

After posting this, members of my family have participated in several of the DNA genetic testing services out there, and the analysis support the line — high percentage French and German mix.